By the end of last season, the Jets were playing with four backup offensive linemen, and that lineup actually played better than the starting unit had played. The point? They need more O-line talent. Mekhi Becton has that. He’s the largest man to enter the league since right tackle Trent Brown, who earned a $36.25 million guaranteed contract with the Raiders in 2019. He played left tackle at Louisville, and plugging him in there would let ex-Seahawk George Fant, who was signed for three years and $27.3 million ($8.85 million guaranteed), play right tackle, where he’s probably better suited. Becton might have some pass-blocking mechanics to clean up, but he should be a Day One starter.

So should wideout Denzel Mims. On the rare snaps where Adam Gase’s scheme did not look to deliberately help its receivers through design, New York’s lack of perimeter talent and depth at this position was grossly exposed. And that was with a quality “X” receiver in Robby Anderson. Now Anderson is a Panther, leaving New York in need of a pure outside weapon to pair with newcomer Breshad Perriman. Mims gives Sam Darnold a well-sized target, though in a perfect world, the Jets would have found one more receiver in the middle rounds. But that was undoable after addressing the need for a long-term backup QB (James Morgan) and running back depth to compensate for the departures of veterans Bilal Powell and Ty Montgomery.

On defense, the Ashtyn Davis pick might add to the speculation that Jamal Adams will eventually be traded since it is hard to immediately decipher where, exactly, Davis will play in New York’s defense. Adams is a first-class strong safety and Marcus Maye is a quality free safety. But Jets defensive coordinator Gregg Williams has never hesitated to put extra defensive backs on the field, and given his predilection for playing Cover 2 out of so many different formats and disguises, having a third dynamic safety could be of real value. It’s also possible that the Jets have decided they’ll let Maye hit free agency after this season. He fits the profile of the free agent who gets away, as he’s not quite good enough to franchise tag but too good to re-sign at a team-friendly price.

Up front, our friend Greg Cosell has cited Jabari Zuniga as a possible dark horse star. He played several positions at Florida, flashing terrific explosiveness both outside and inside, particularly as a pass rusher. Many (including yours truly) felt before the draft that New York’s biggest need on defense was cornerback. But with the amount of Cover 2 the Jets play, their corners often have help… just as long as the pass rush can get there. Zuniga aids that. 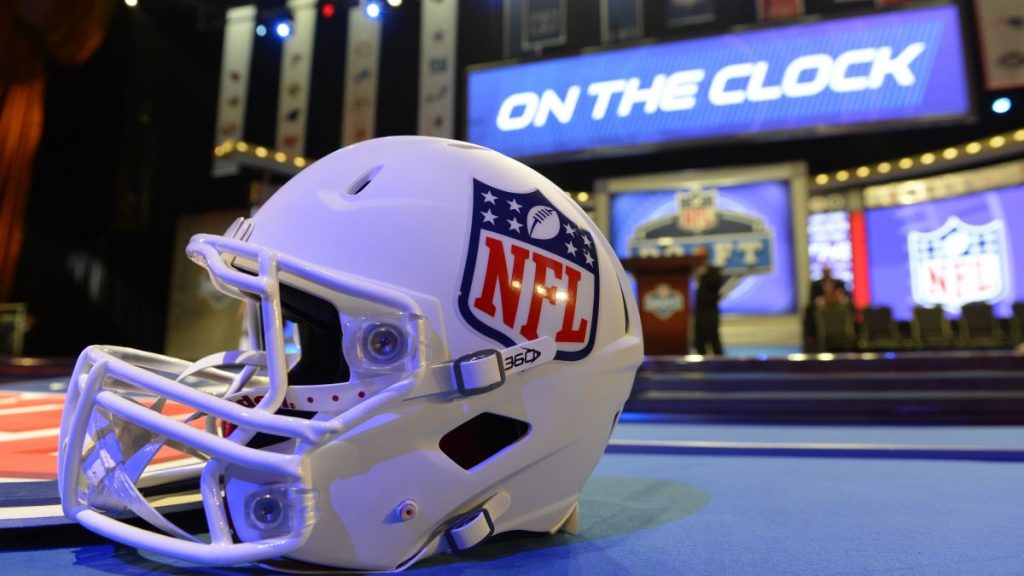 Christie’s is hosting an online-only auction in collaboration with the Andy Warhol Foundation to raise money for emergency relief for artists. The auction will feature 60 original photographs by Andy Warhol and goes lives Tues, 4/28/20 through Wed, 5/6/20. 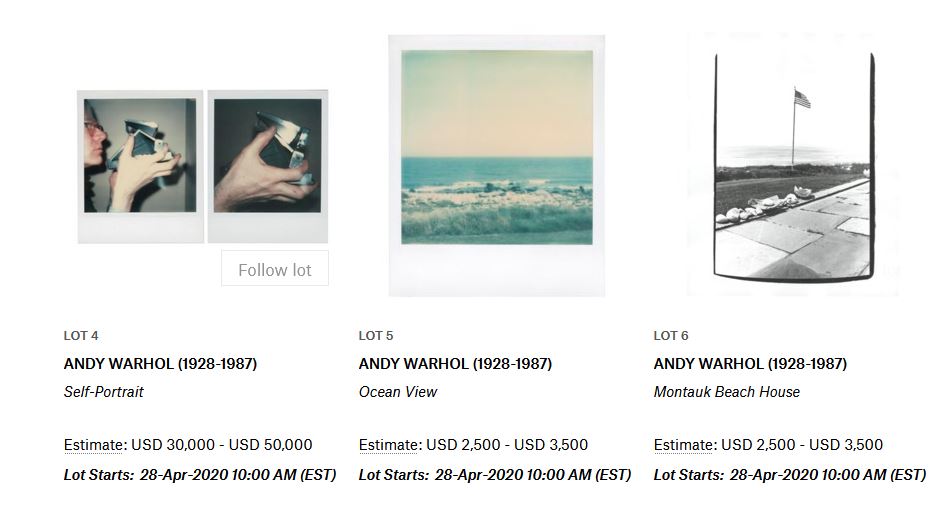 …If you won’t be joining the auction but love Andy’s Polaroids, check out Galison’s Warhol Selfies 1,000 Piece Jigsaw Puzzle buy

Teachable Machine is a web tool that makes it fast and easy to create machine learning models for your projects, no coding required. Train a computer to recognize your images, sounds, & poses, then export your model for your sites, apps, and more…. It’s respectful of the way you work. You can even choose to use it entirely on-device, without any webcam or microphone data leaving your computer…”

Leslie Knope, Ron Swanson, and the rest of the gang are getting back to work for a coronavirus-related fundraising special this Thurs, 4/30/20 @ 8:30PM ET on NBC. 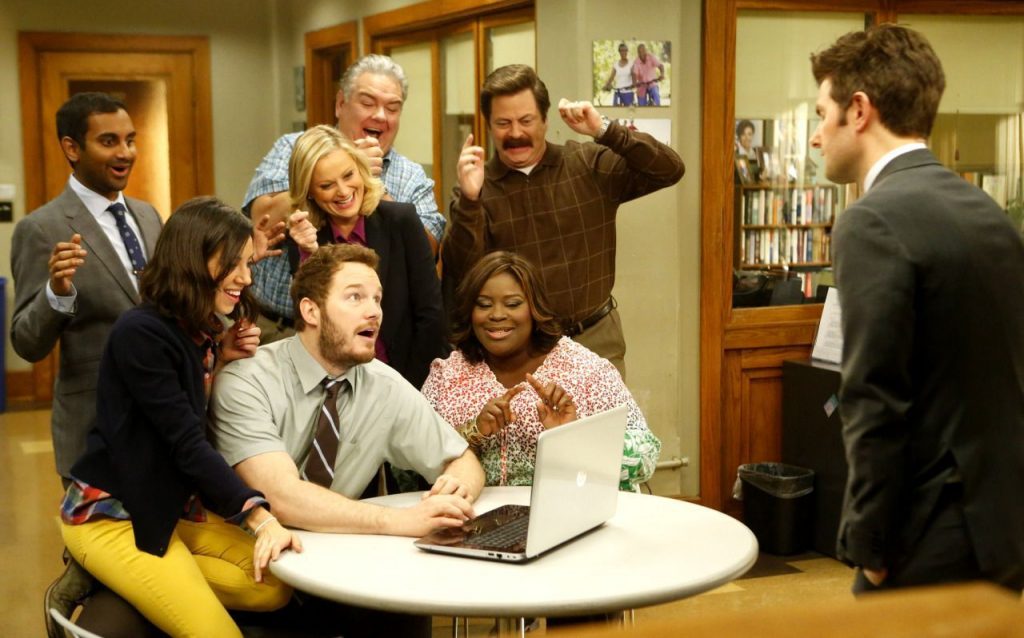 Leslie Knope wants to let you in on a secret… On April 30, #ParksAndRec is returning to NBC for “A Parks and Recreation Special”. Our workplace proximity associates, along with our neighbors at @StateFarm, are raising money for @FeedingAmerica. Join us! https://t.co/YuyWBTYmrH pic.twitter.com/ZId6Lq3rkJ

Just Watch: One search to rule them all explore

Finding a good movie or TV show to watch is hard but finding an old favorite can be impossible. Did you know Mad Max 2: The Road Warrior is available on 9 different streaming services? Just Watch scans more than 85 legal streaming providers to help you figure out where to watch what you want to watch when you want to watch it.  But what if you don’t know what to watch? Just Watch serves up personal recommendations the more you search and select your favorites. 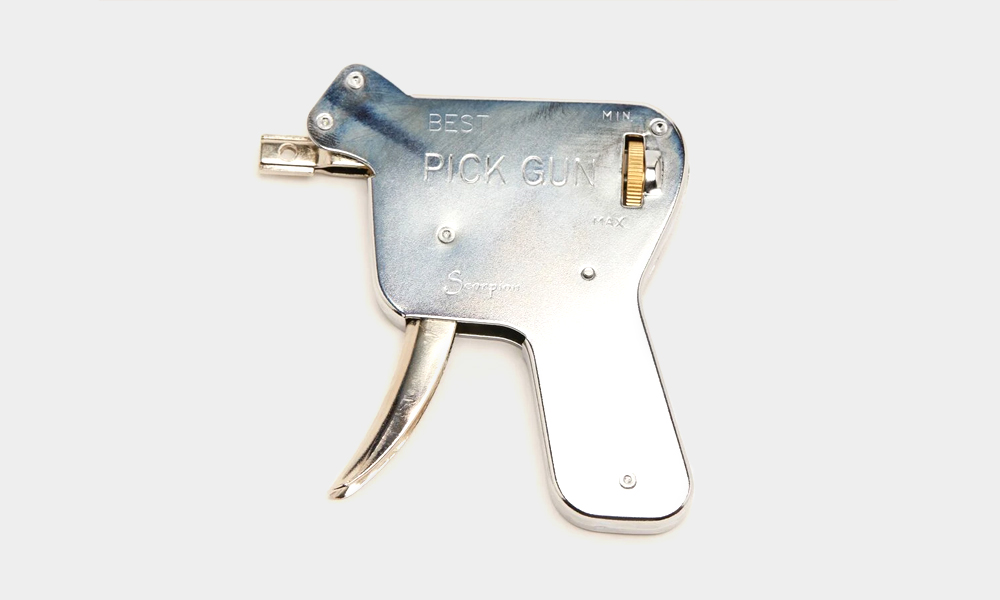 Economist Joke of the Week via 50 Cent

😆what made him put me in that 😏. #bransoncognac